Robin was taken ill with a mystery illness which has delayed the groups trip to America & 5 weeks of engagements including the cancellation of a much publicised appearance at the Hollywood Bowl (3rd August).

Pop star Robin Gibb, lead singer with the famous Bee Gees pop group was taken ill during the week-end and is now in the Regents Park Nursing home, London. He should have been on his way with the other boys to start a tour in American including the famous Hollywood Bowl. He is suffering from a mystery illness. 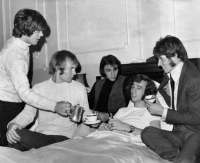 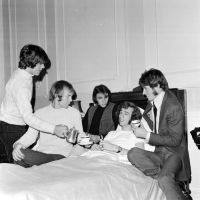 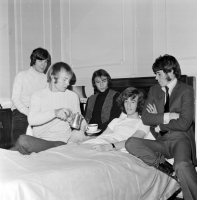